Speaking of popular sightseeing spots in Osaka, Osaka Castle is a popular spot.
In this article, we will introduce not only the history of Osaka Castle and its owner, but also highlights of sightseeing.

Osaka Castle is a must-see spot for history fans

There were “Winter campaign” in 1614 and “Summer campaign” in 1615, and Osaka Castle became the battlefield.
In this battle, Edo Shogunate side won the victory, and later Hidetada Tokugawa (徳川秀忠), the second shogun of Edo Shogunate, will rebuild the Osaka castle.
The remaining stone walls and moats of Osaka Castle were built by the Tokugawa family, not Hideyoshi Toyotomi.

The castle tower of Osaka Castle was burned down twice, and it was rebuilt in 1930 and is in its present form.
When you go to Osaka, let’s think about the history of Osaka Castle while sightseeing.

The main entrance of the castle is called Oteguchi (大手口).
Of course, Osaka Castle also has a main gate called “Otemon (大手門)” ,which is designated as an important cultural property.
This gate survived the fire at the end of the Edo period and the air raids of World War II.

You can see the crest of Aoi in Tokugawa by looking at the roof tiles on the roof of Otemon.
Speaking of Otemon, the technology of fitting is famous.
Since the outer and inner shapes are different, special techniques are used to prevent slipping and distortion.
It is said that there is only one place here in a Japanese building. Please check it with your own eyes.

Osaka Castle Park has a garden and is a popular cherry blossom viewing spot where you can see about 300 cherry trees.
In addition, various flowers are in full bloom, such as the plum grove where you can enjoy plum blossoms.

Why don’t you try sightseeing in Osaka after studying the history of Osaka at Osaka Castle? I’m sure you can see Osaka from a new perspective. 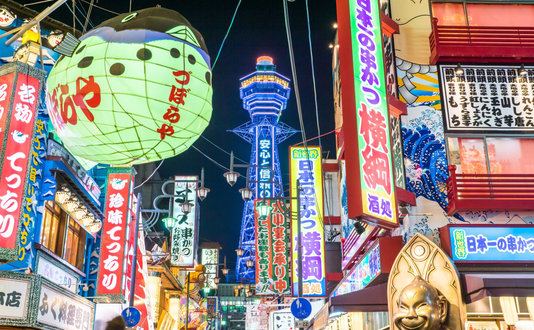