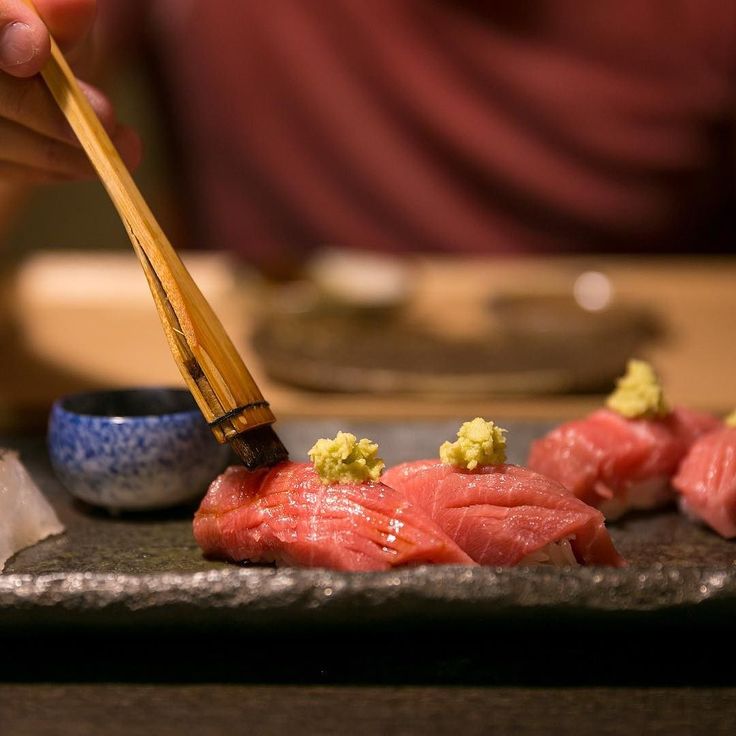 Wasabi for sushi.
Some people think it’s the best spice to enhance the taste of sushi, while others can’t eat it without wasabi.

Wasabi that even Japanese people like and dislike.
Many people may not understand why sushi has wasabi.

But! Wasabi attached to such sushi!
It doesn’t seem to be just for making sushi delicious.

The effect of wasabi on sushi

Wasabi is a spice native to Japan that has antibacterial effects against deodorant and food poisoning pathogens.
In fact, wasabi has been used as a medicinal herb for about 1400 years.
Today’s form of sushi began to become popular about 200 years ago.
At that time, the method of adding wasabi became widespread.

But does wasabi really have an antibacterial effect?
For example, there are only a few wasabi in sushi.
It is unlikely that that amount has antibacterial activity.

Previously in Japan, experiments were conducted on the antibacterial activity of wasabi.
The subjects are Salmonella and enterohemorrhagic Escherichia coli o157.
It is said that the kneaded wasabi in a tube and the raw grated wasabi were placed in the applied medium and cultured.
However, the growth of Salmonella and enterohemorrhagic Escherichia coli o157 was observed, and antibacterial properties could not be confirmed.
In addition, isothiocyanate, which is an active ingredient for antibacterial action, is a volatile ingredient.
Even in the raw state, it is considered difficult to stay and work for a long time unless the temperature conditions are strictly controlled.
From this, it can be seen that wasabi cannot be expected to have much antibacterial activity.

What is the purpose of wasabi?

It is thought to reduce the fishy smell of fish.

If you apply wasabi to the sashimi, a substance called allyl isothiocyanate (AIT) in the wasabi acts, and the amount of trimethylamine, which is the causative substance of the fishy odor, can be suppressed.
It can be said that the reason for adding wasabi was to remove the odor.
In addition to this, wasabi also has the effect of reducing the activity of parasites.
Parasites are Anisakis, which breed a lot in fish such as cod, mackerel, salmon and squid.
By adding wasabi to sashimi and sushi, you can weaken the activity of Anisakis.
Wasabi is effective for a long time, but if you stop moving during this time, it will be excreted in 3 to 4 days.
However, even if wasabi is effective for Anisakis, it should be noted that the effect will not appear until about 15 minutes.

What should people who are not good at wasabi do?

Even if you don’t like wasabi, don’t worry.
Speaking of sushi, green tea, which comes with it, removes the odor instead of wasabi.
In addition, catechin has a bactericidal action, so it is also effective against bacteria attached to sashimi.
In addition, hot green tea is more effective.

Wasabi attached to sushi and sashimi can be said to have the main purpose of reducing the smell of fish and increasing appetite.
It can also weaken the activity of parasites.
Considering that sushi became popular about 200 years ago, I think it made sense to use wasabi with the idea of suppressing odors and weakening parasites.
It is said to have an antibacterial effect, but we recommend that you do not rely on the antibacterial effect because the original purpose is here.

It can be said that it is rarely used for its original purpose nowadays.
Therefore, I think it is a condiment that enhances the taste of food.
There are various opinions, but I think a little cooking accent is fine.